As the much-delayed announcement of Minimum Support Prices has come from the government, Alliance for Sustainable and Holistic Agriculture (ASHA) said that while the MSPs are better compared to the dismal prices of the last 4 years, this is far from the historic increase demanded by the farmers of India and promised by the Prime Minister in 2014. When the Comprehensive Cost of Production (C2) is taken, the MSPs of the major crops offer margins between 9 to 19% – not 50% as promised by the government. The margins declared by the government today are based on the partial production cost A2+FL.

Kirankumar Vissa, national co-convenor of ASHA said, “While it is being portrayed as a historic increase and a fulfillment of 2014 election promise, it should be noted that the margins above cost of production even with this year’s hike are less than the margins provided in the UPA-2 period of 2009-14. Even if you take A2+FL cost, in the most important kharif crop Paddy, the margin above production cost during entire period of 2009-14 was 69%. Now this government has reached 50% margin only in its final year. How is this going to make the paddy farmer’s economics any better in 2019 than it was in 2014?”

He added that farmer organizations across the nation demanded during the UPA period that MSPs should be increased to make rescue farming from the crisis. Now, when the NDA government has merely brought the MSPs to the levels before 2014, we need to ask how this is going to rescue the farmers from the economic crisis and suicides.

The comparison charts were released to media by ASHA.

Kavitha Kuruganti national convenor of ASHA said, “We welcome the larger hike in MSPs for millets like jowar, bajra, ragi. However, two of the main pulse crops Red Gram (Tur dal) and Black gram (Udad dal), the MSP increase is marginal from 5450 and 5400 in 2017-18 to 5650 and 5600 in 2018-19. This means that only half the rainfed crops in India received a long overdue correction. But what is more important is that the announced MSPs should reach the farmer. The Kisan ki Loot campaign showed that in almost all the crops except paddy in a few states, farmers did not receive the announced MSPs. This has pushed them into further debt and distress. The government should enact a legislation guaranteeing the Minimum Support Prices to all farmers across the country in all crops.”

ASHA demanded that if the government is really serious about ensuring remunerative prices to farmers, the Kisan Mukti bill for “Right to Guaranteed Remunerative MSP” should be enacted by the government immediately. This means large budget allocations for procurement and price support schemes – which are unfortunately not seen in the Budget 2018-19. Then, how can we expect these MSP announcements to deliver something meaningful to farmers, asked ASHA. 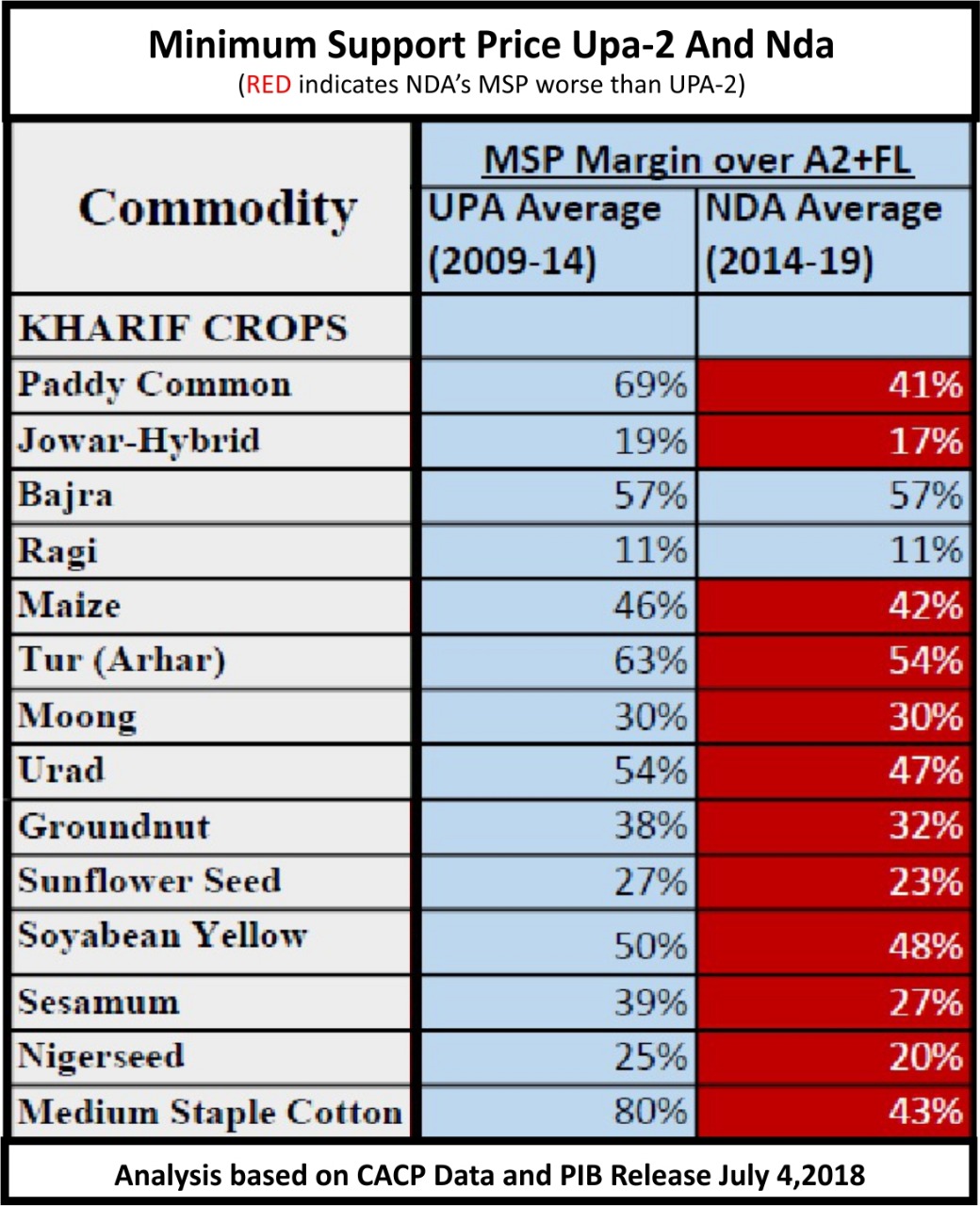 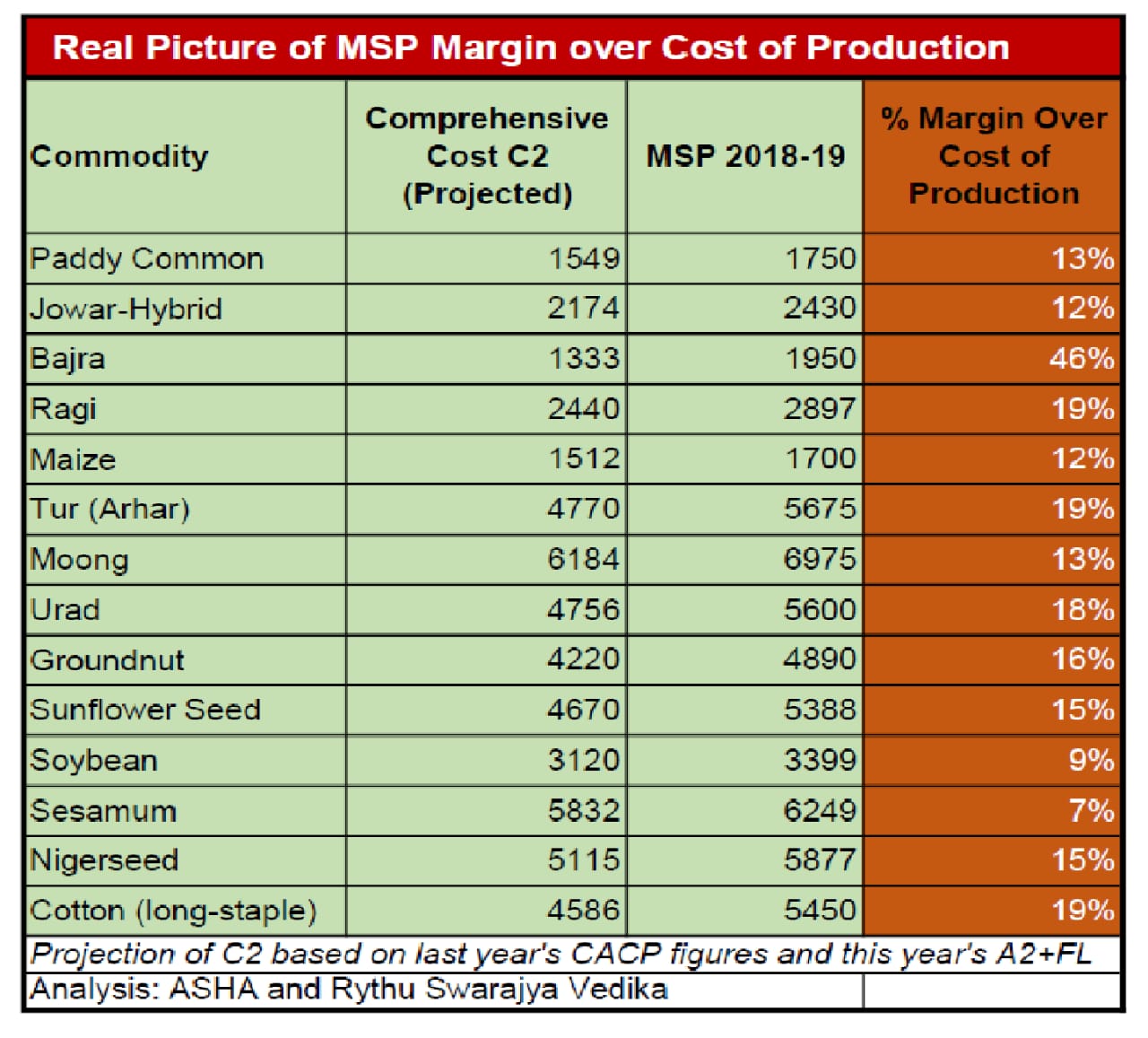